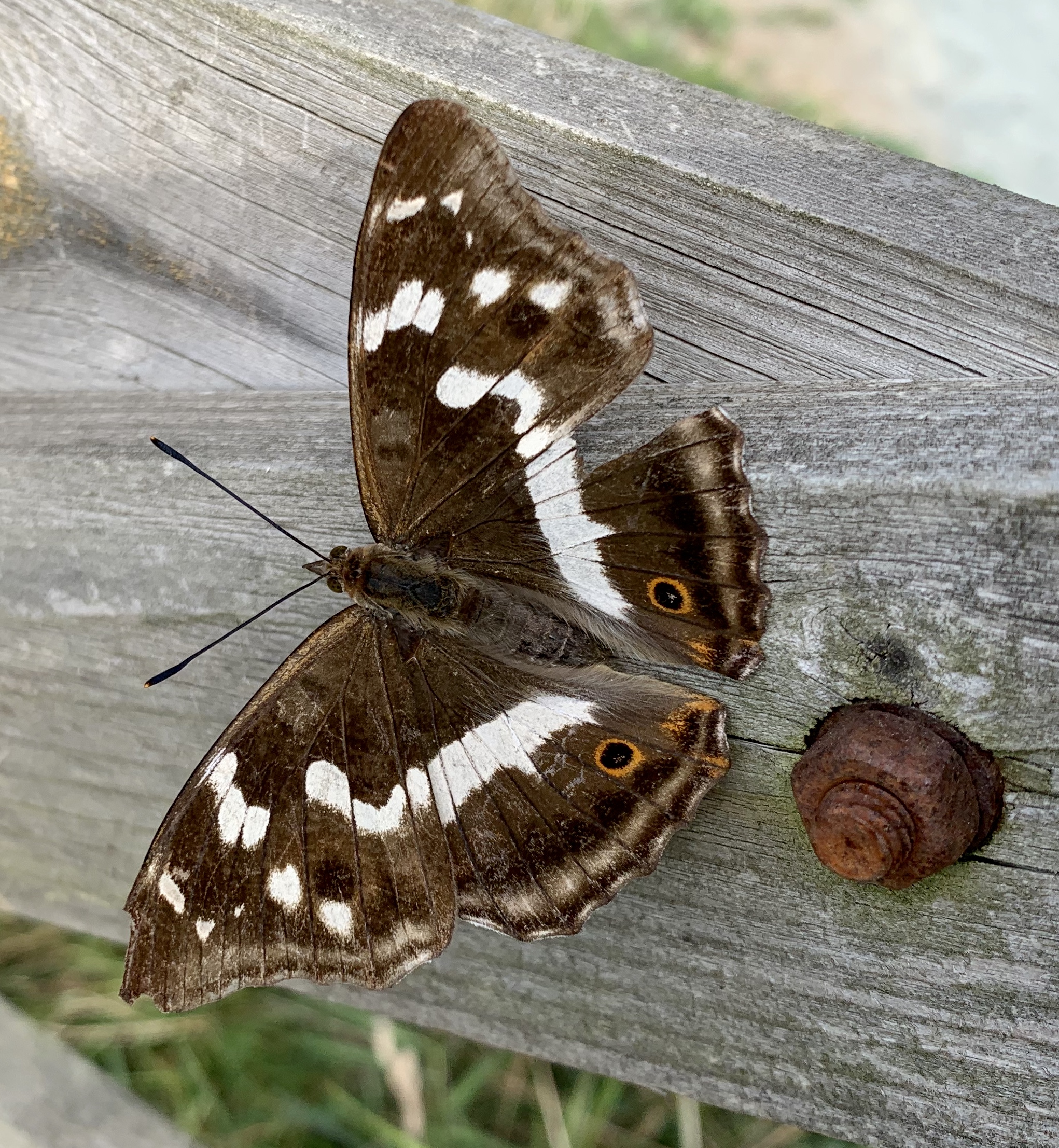 Whilst taking the boys on their morning walk over a nearby country park this morning I spotted something large land on a nearby wooden gate. On closer inspection it turned out that what I saw was a large brown butterfly. It was the biggest that i have come across, other than in a butterfly farm i visited when i was a kid, and was roughly the size of palm of my hand.

Not knowing which species of butterfly this was i did a little research once home and it turns out its the female of the PURPLE EMPEROR BUTTERFLY, the male of which is a gorgeous purple colour, wish i could of seen one of those too, and its not that often you see them as they have been steadily declining throughout the twentieth century. Apparently they are restricted to large woodlands in Southern England where they spend most of their time in the treetops, which ties in with where i found it as it was close to some large wooded areas.

Always pays to keep your eyes open when your out and about….