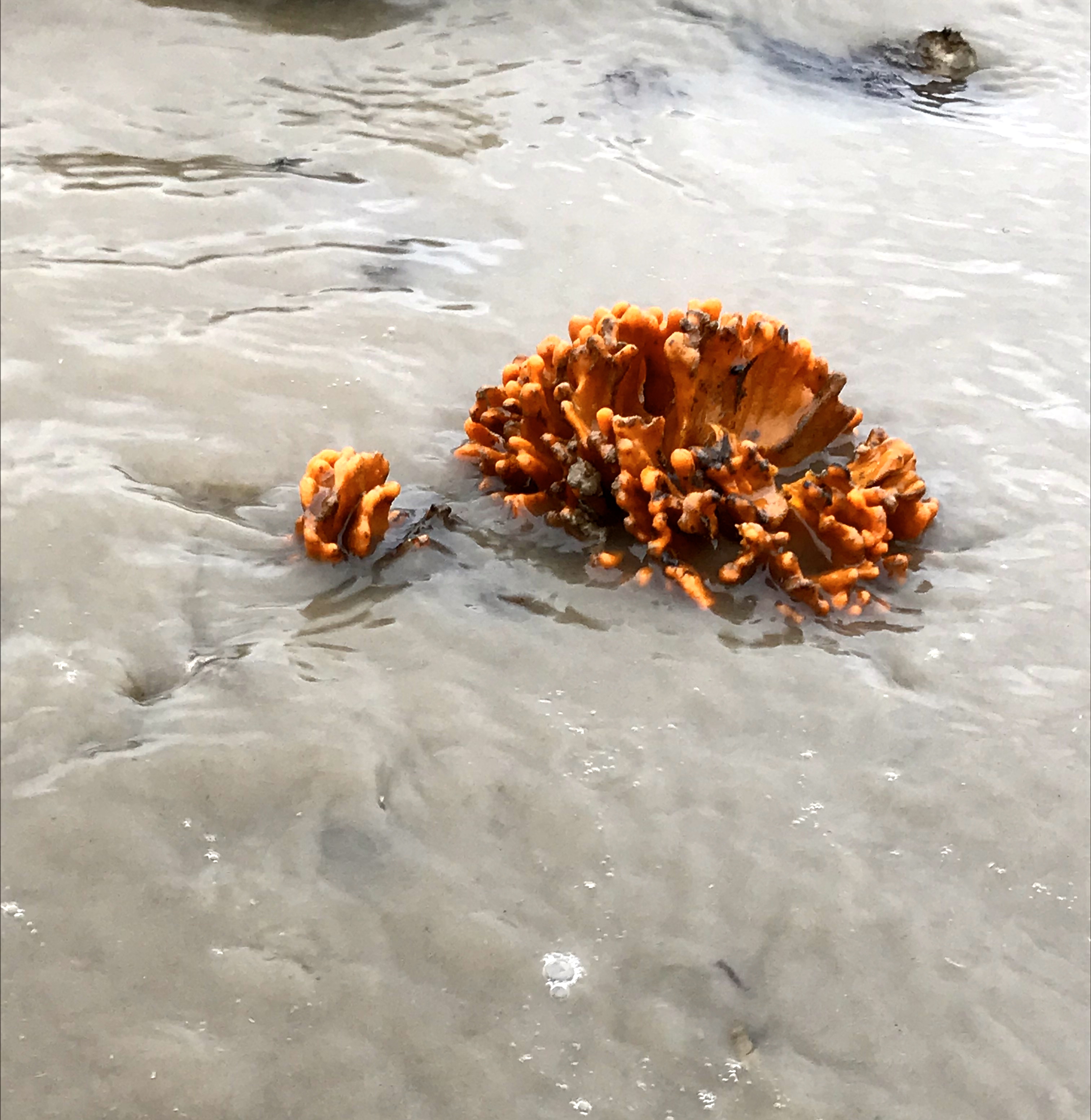 So a couple of months back we had a series of exceptionally low tides in the UK which resulted in the low water tidelines being further out than usual. On one of these tides i happened to be walking the dogs along my local tidal river and as i had my usual walk along the water line i spotted somethings i hand,t seen before. Just above the current tideline and below the normal one there were some curious orangey sponge like objects attached to the rocks.

I,ve not seen anything like this around the Essex coastline before, but i do remember seeing similar in rock pools when i was holidaying in Devon and Cornwall many moons ago when i was a kid. I have tried contacting a couple of Oceanic Institutes but have not had any replies. They were firm to the touch and quite abundunt attaching themselves to the scattered rocks which litter the shoreline.

I,ve done a little vlog about them so feel free to have a look as the video shows them a lot better than just the above four pictures.