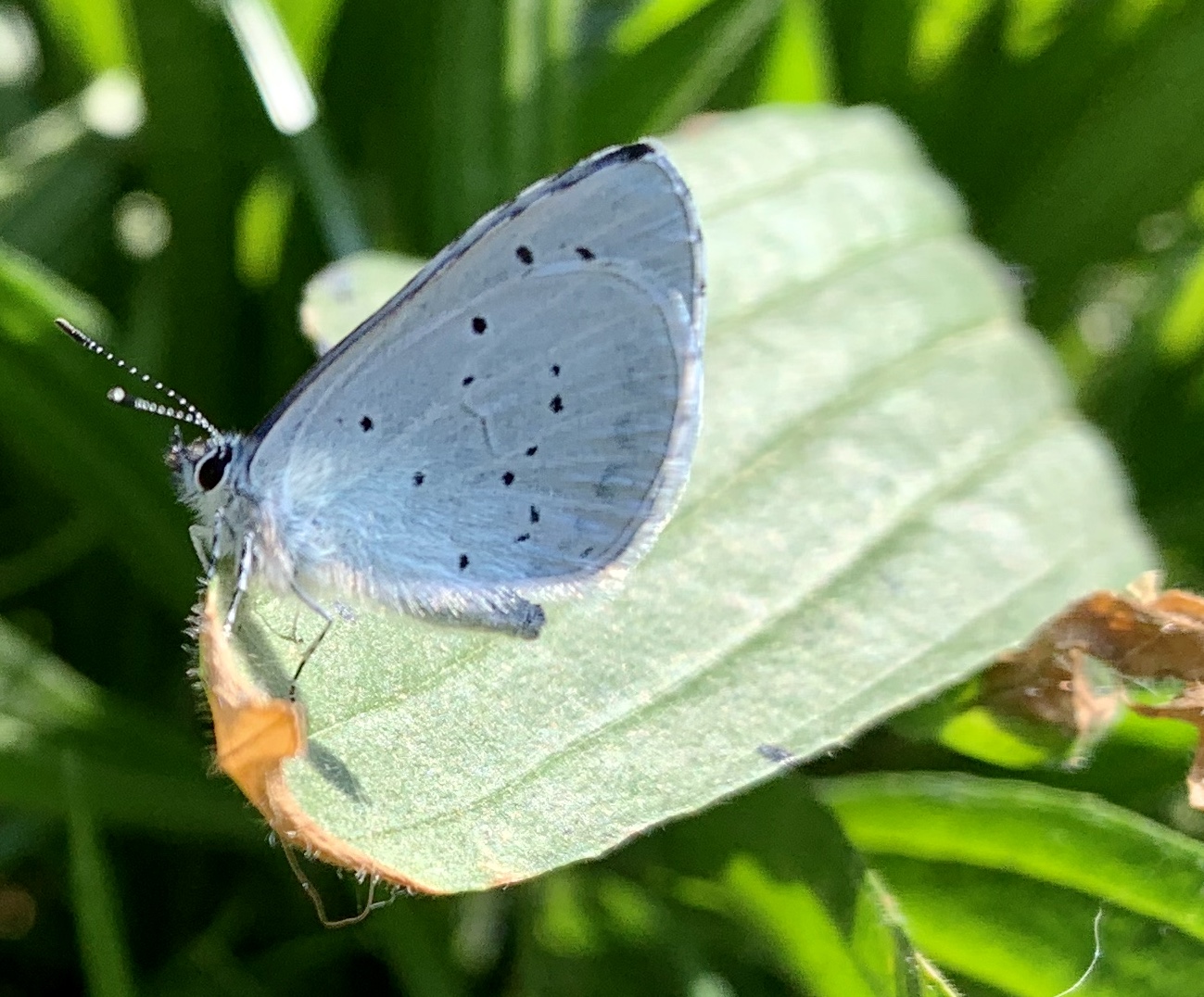 I spent a while chasing this little beauty around the garden trying to take its picture a couple of days ago. Every time it settled and i got my camera down close to it, it would flutter up and and a couple feet away. Finally i managed to get a few shots off and i think this is the best one.

Apparently the Holly Blues are quite common, living mainly around holly bushes, oddly enough, but i think this is the first time i,ve actually seen one. I reckon he’d fluttered in from the garden behind mine as they have recently chopped their big old holly tree down, which i,m not too happy about as a lot of the local songbirds used to sit in that tree, but what could i do!!!

Today I have mostly been making homemade chilli ja

I have weird dogs, they love eating blackberries.

Where would I be without some poo bags lol #bryans

Picked meself just under a kilo of theses beauties

I’ve been busy this morning. #bryanscountrysidec

Must be my favourite photo of my boys. #bryanscoun

A few pictures from last year that I’d forgotten