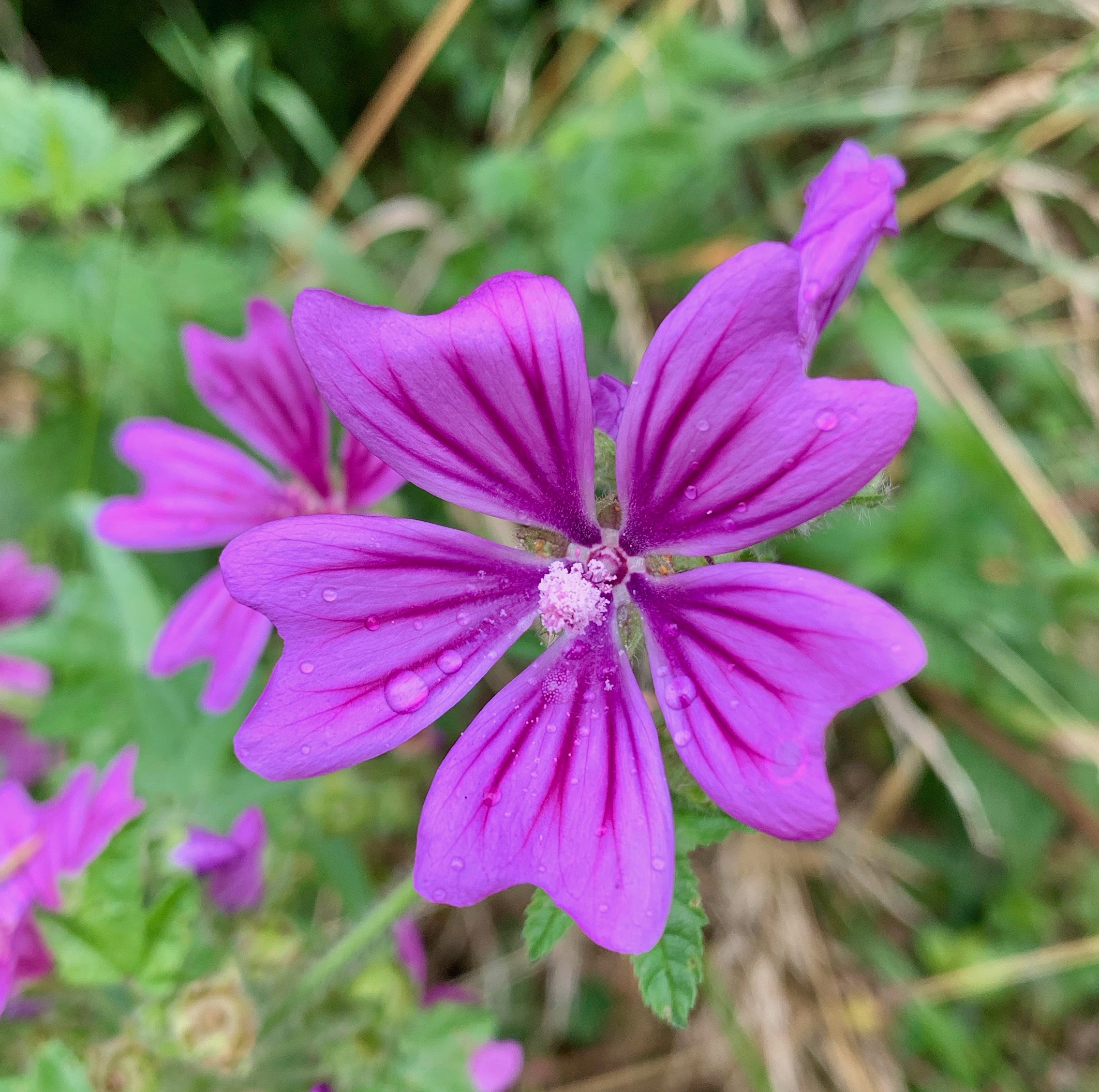 Earlier this week i took a stroll with dogs around a local estuarine nature reserve, while i was dawdling along one of the pathway created through the scrubland i kept seeing these lovely looking mauve/lilac coloured flowers every so often. They were quite striking in appearance that i took a couple of pictures with my phone and checked their ID against a plant identification app i have on my fancy phone thingy. Turns out these beautiful little flowers belonged to a plant called ‘COMMON MALLOW’ or ‘ROUND DOCK’. Now roll onto today and i,m taking another walk with the dogs to a local tidal salt river and everywhere i look, along the pathway to the water, all i see is more Common Mallows. I’ve never noticed them here before but i guess now that i,ve taken notice of this pretty little thing i,m noticing them more.

Now having seen so many of these plants i thought Identification do a little research into them, so here’s the information that i,ve gleaned of the interwebnet thingy.

Well there you have it, a little information on what is basically a commonplace plant that we probably don’t really notice much. I,ll definitely be paying more attention to this little beauty in the near future as i fancy having a nibble on the seedpods, ‘cheeses’, when they are ready, as a little snack when out on my walks.