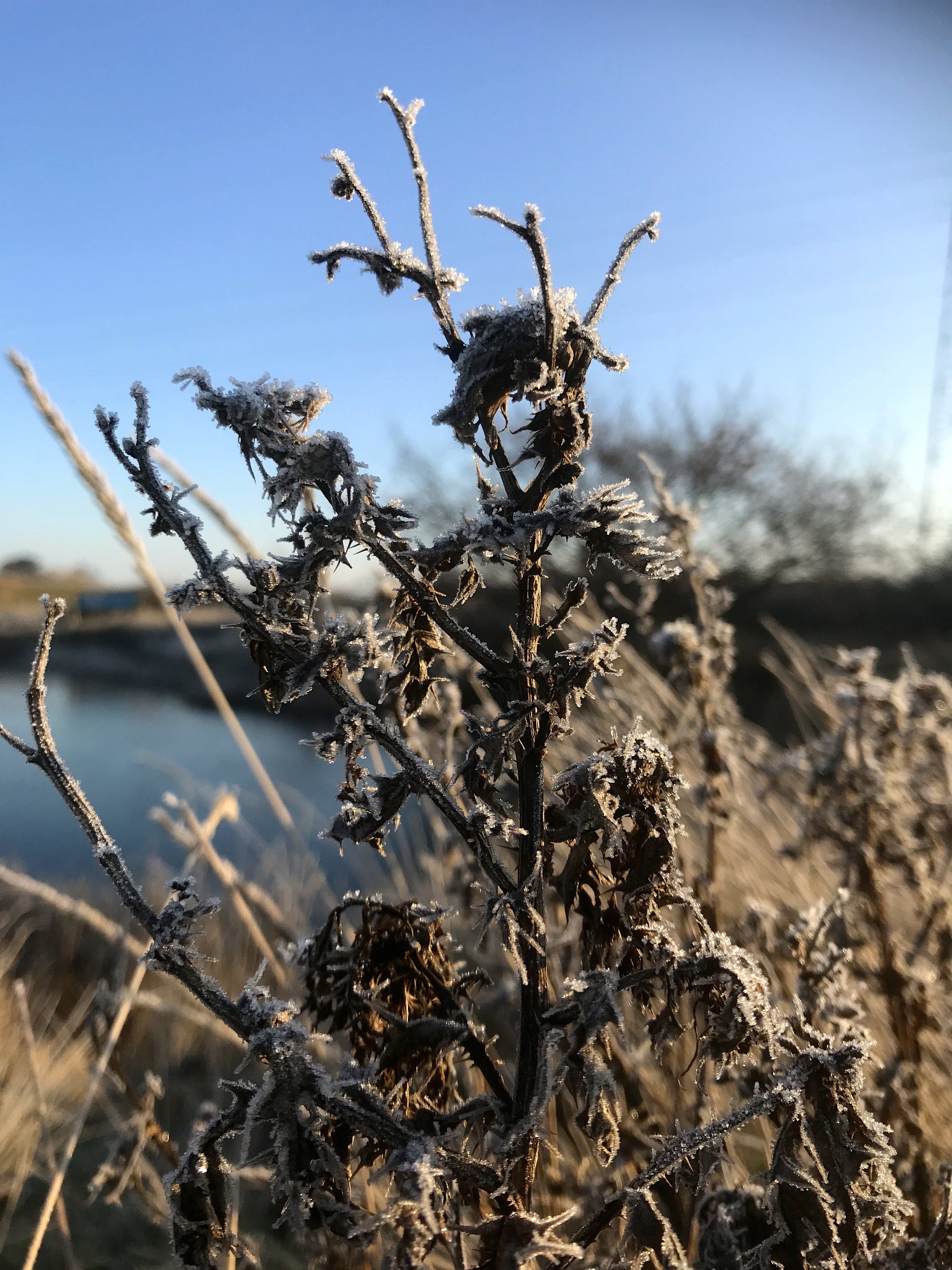 So a couple sundays ago me and the better half were up at the crack of dawn to take Paddy and Choccie for a nice mornings walk as we usually do at the weekend. I didn,t really fancy the usual places we go to so i opted for a stretch of the River Crouch than runs from Battlesbridge through to Hullbridge, Sharon hadn,t been there before so this swung the decision also. Its a bit ‘hit and miss’ as to whether you can walk this area as you have to park in a lay-by which only has room for the one vehicle and there is nowhere else near to park if the lay-by is already taken. Fortunately we were lucky as there was no-one else there so we parked, got the jackets on and off we set.

It was a cold frosty morning, van temperature gauge was reading -4, but having stopped of on the way to grab a coffee we weren,t too bothered, and the boys definitely didn,t care as they raged around the undergrowth as we walked along the first stretch of sea wall. Its a nice stretch of river that can easily be walked from just outside Battlesbridge through to the outskirts of Hullbridge. On the opposite side of the river is a caravan park, which admittedly isn,t the most pretty of things to look at, but it does,t deter from the beauty of the surrounding area.

A heavy frost covered the ground but it was quickly disappearing as the suns warmth melted the ice crystals as it rose higher in the sky. The river itself was flat calm as there wasn,t even a hint of a breeze blowing which gave the whole area a peaceful feel to it. I tried to take a few fancy pictures using my phone of which some have come out ‘ok’ and others were just deleted. I say it every time but i do need to start taking out my dlsr camera as i,m missing out on so many oppurtunities to take some cracking shots. Anyway theres a few pictures at the end of this blog to have a wee looks at.

As ever the boys enjoyed their run, meeting a couple of other dogs along the way and having playful ‘zoomies’ everywhere. Sharon and i also enjoyed the walk as you can,t beat a nice fresh mornings walk to waken you up for the day ahead. Its a lovely, easy little walk along this stretch of the Crouch and i guess you can park in Hullbridge somewhere and walk it from the opposite direction that we did. 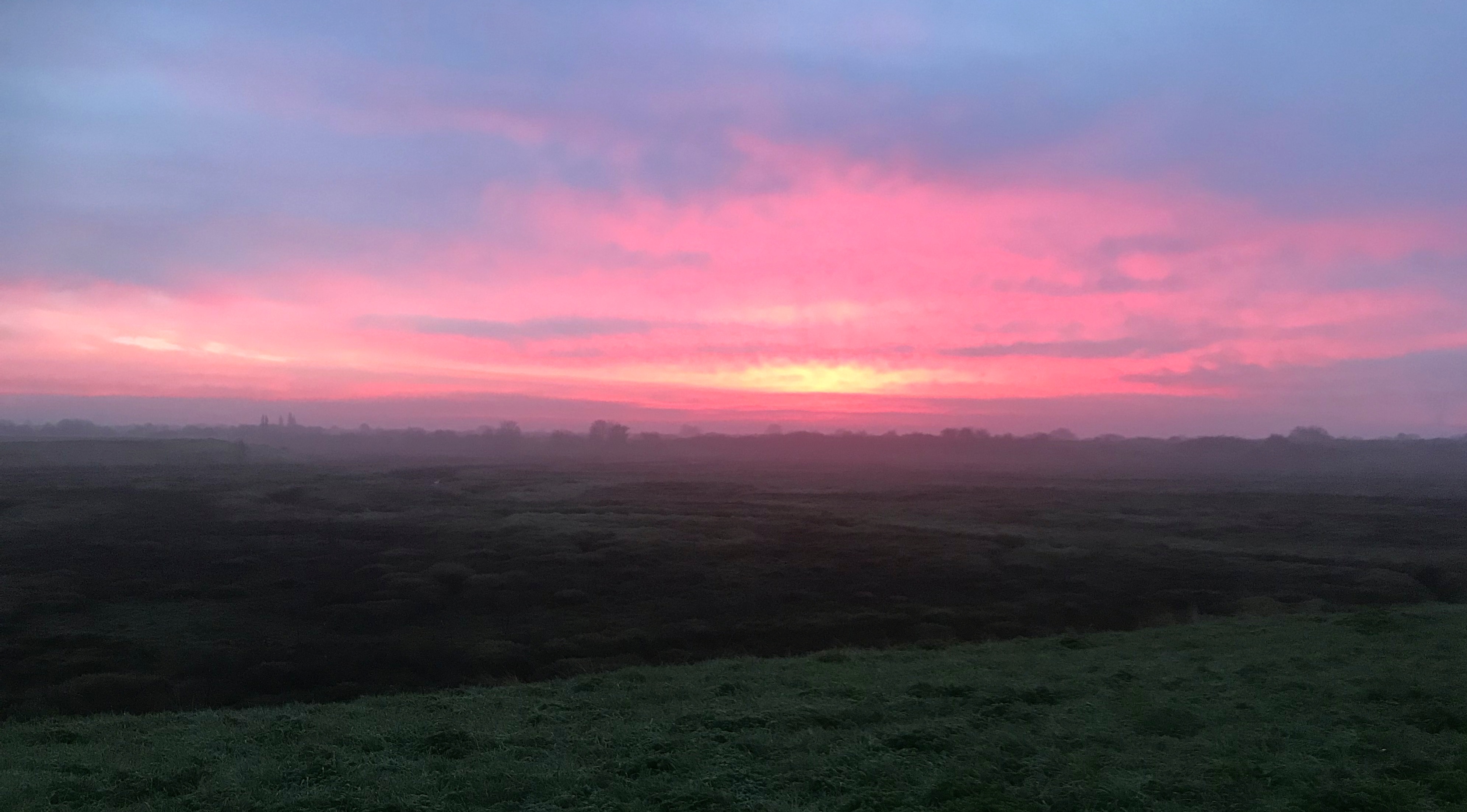 With a belly full of delicious Christmas food the need for a nice walk was as its greatest so i bundled the boys in the back of the van and pointed it towards Two Tree Island. A stroll along Benfleet Creek would help shift the lethargy that follows the days of Xmas revelry thought i…….

It started of being quite misty as we set off along the pathway heading towards Benfleet Creek, but as the morning grew the sun slowly started to illuminate the sky soon there was a glorious reddy/pinky/orangey hue creeping across the skyline. Unfortunately my iPhone picture just doesn,t do the sunrise justice but at least you get an idea of what it was like.

I,ve made a small vlog of the walk so have a little look at the link below, and any others on my channel, all constructive comments are welcome on how i might improve….. 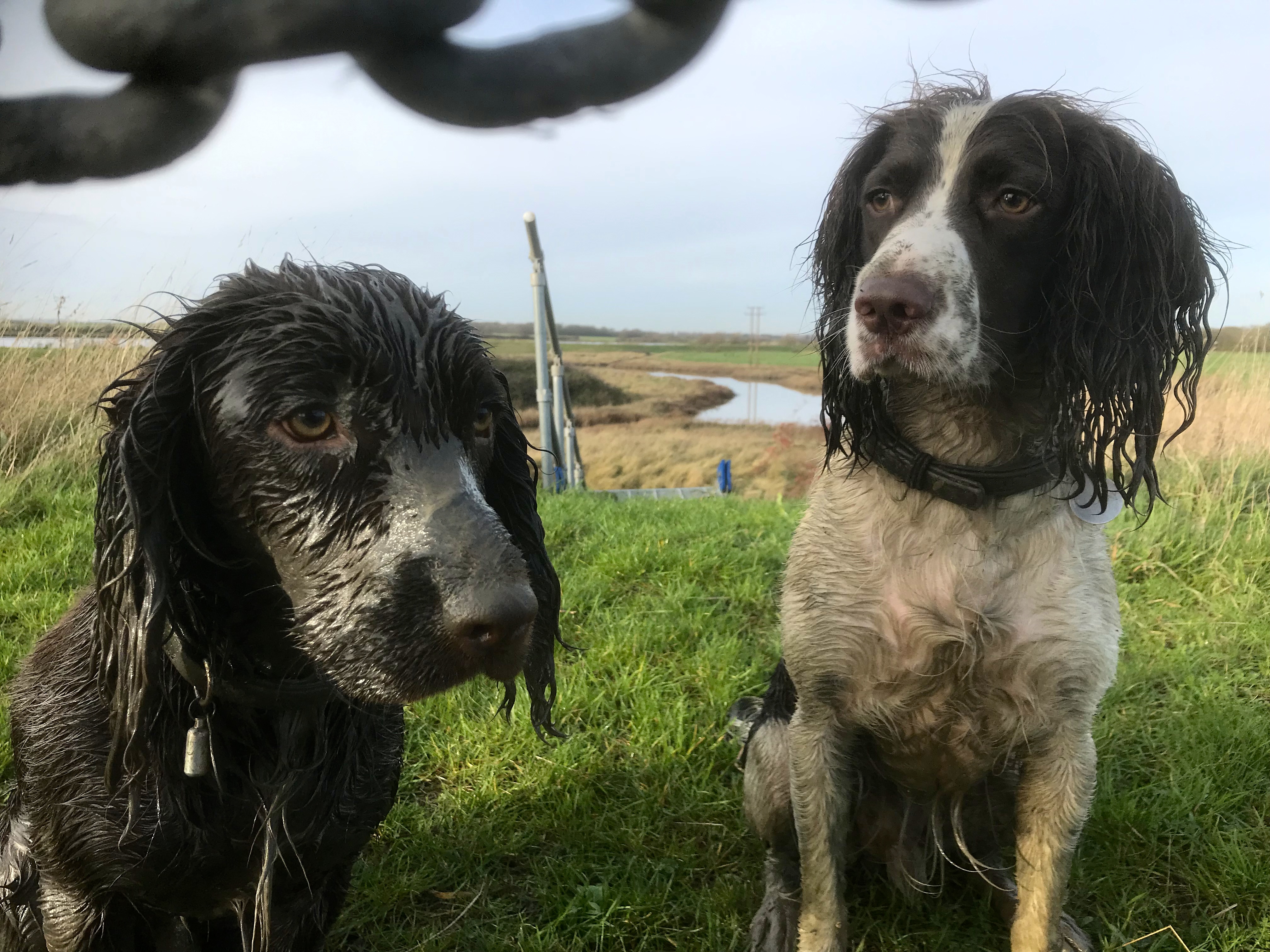 So before christmas the weather took an upward turn and the temperature went up a few degrees so i opted to take the doogles out for a nice stroll. Now i have some beautiful places to walk the boys locally but sometimes i can’t seem to make up my mind as to where to take them. After wracking my braincell for a few minutes over a latte i decided on taking them to Paglesham marina and walk down river towards Rochford. I,ve made a short video of our walk and you can find it on Youtube via the link below.

Its was a lovely couple of hours walk as the weather was fresh but comfortable with only a slight breeze, one of those days that you could just keep walking. In fact i walked the furthest along the river here than I’ve done before.

The River Roach starts around Rochford and flows nearly 10 miles, i think, before it joins the River Croach at the outer edge of Wallasea Island. Along the way Barling Creek enters into the Roach as well as the River Roach splitting off just past the marina and flowing round to Lions Creek creating Wallasea Island. The river, and in fact the surrounding area, is a wildlife haven with countless birds of prey, song birds and wetlands birds present as well foxes, rabbits, and the odd deer which all add to making a fantastic walk at any time of the year.

Myself and the boys had a lovely time walking roughly five and half miles there and back. As you can see from the pictures they got covered in mud, as usual, especially choccie who looked like he buried his head in the rivers mud. While we were walking there was some large skeins of Brent Geese  flying along the river and landing in the remaining water, the tide was out, which is always lovely to see and the sound of their calling as they drop in to land is what makes winter for me. I only had my phone with me so could,t take any decent pictures but hopefully i,ll have it with me next time.